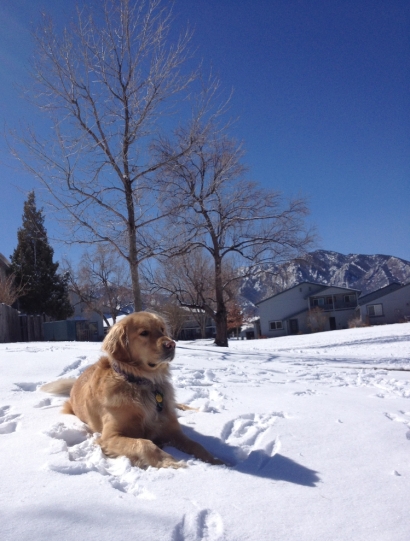 With the start of spring, it’s not likely we’ll get another good snow like the one we had in early March, with up to 10 inches on the ground at my house, but I’ll be the first to correct myself here if an April snowfall beats that record (and I hope it does).

I know Gem will miss the snow — but water-dog time (swimming, fetching, rolling in the mud) is coming soon!

Editor’s note: It turns out that wasn’t the last snow after all! We had a great pile of fluffy snow come in all day yesterday (9 April) — More fun to be had!

Second editor’s note: And then we had four full days of snow the week of 14 April (through 17 April). Lesson learned — This is Colorado and I should never attempt to predict the weather! 🙂

Third editor’s note: 1 May was our snowiest day yet. I’m not going to say so long snow again until perhaps mid-June.